Another popular piercing is the daith piercing. This is a piercing though the smallest part of the ear cartilage. It has been said that daith piercings help reduce migraines and anxiety.

What is septum piercing? 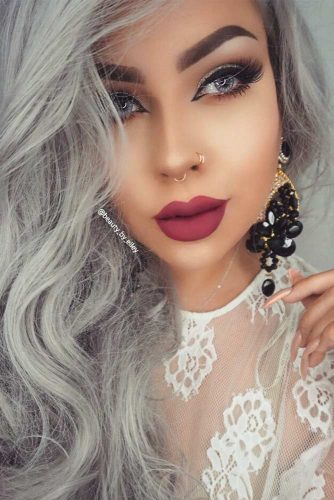 PIN IT
Source: beauty_by_elley via Instagram A piercing in your septum is one that goes through the section of flesh the nasal septum. The septum is the wall or cartilage that divides your nostrils. In most cases, the cartridge itself is not pierced. Usually, the piercing is done on the area between the bottom of the nose and the cartilage. This type of piercing can either be done with a gun or a needle. However, a needle is the preferred method for all types of body piercings, according to experts. As for jewelry options for septum piercings, the most popular is a nose ring, while others prefer horseshoes, barbells curls and even bars.
More from Accessories 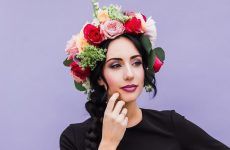 18 Flower Crown Accessories For Your Bright And Unique Image

15 Best Oscar de la Renta Jewelry We Are Obsessed With 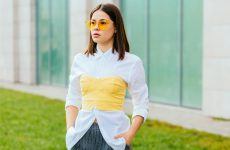 18 Incredible Corset Looks That Every Modern Lady Will Adore 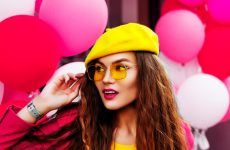 How To Wear A Beret Right: From Classic To Modern Looks

What Is The History And Meaning Of Septum Piercings? 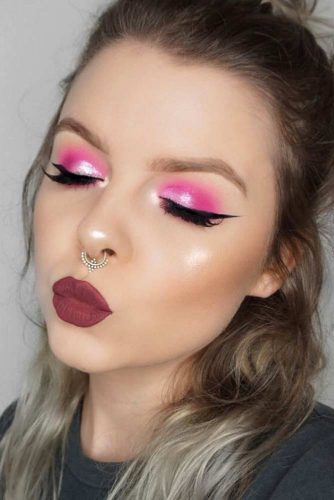 PIN IT
Source: beckyloue via Instagram In Western cultures, they were a status symbol amongst male authority figures, medicine men and branding hunters. However, as used as a body piercing for women, they could either symbolism that a woman is of the marrying age. In other cultures, they could symbolise that a woman is married and thus unavailable. So what is the septum nose ring meaning in today’s culture? Basically, it is either a fashion statement or a sign of rebellion against conservative beliefs. No matter how you look at it, septum rings are totally cool!

What Are The Risks Involved In Septum Piercing?

As with any type of body piercing, there are certain risk involved. However, with proper care and cleaning, many of these can be avoided. We shall discuss how to care for septum piercings later in this article.

PIN IT
Source: nyane via Instagram Pain As with any bodily piercing, there is an element of pain involved. After all, you are having a needle inserted into a tender area of your flesh to make a hole! However, once it has fully healed, it will be well worth it. Infection There is always a risk of contracting blood-borne illnesses such as hepatitis. These are usually associated with unclean or unsanitized needles or piercing guns. To avoid this risk, you should always have your piercings done by a reputable piercer that only uses single-use needles that have been properly sterilized. As far as infections after the piercings, this could be related to your body’s reaction to the type of jewelry or the piercing itself. This can be avoided by proper cleaning and after-care. Nasal Septal Haematoma A septum piercing can often cause nasal septal haematoma which occurs when the soft tissues of the septum affects the blood vessels. This then causes an accumulation of fluid and blood in the lining. This will often lead to difficulty breathing and nasal congestion, as well as pain and inflammation. If this occurs, seek immediate medical attention to prevent a hole from forming in the septum which can cause the septum to collapse, which is known as “saddle nose.”

How Much Does It Cost And What Is The Pain Factor? 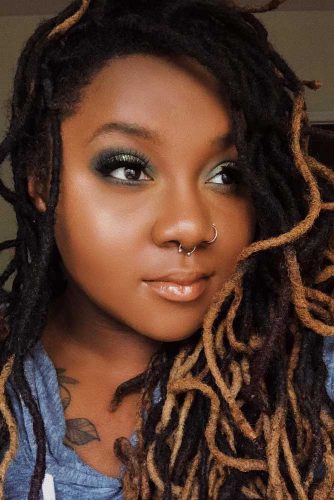 PIN IT
Source: jazminantoinette via Instagram On the average, septum piercings will range between $60 to $80. This also depends on the cost of the jewelry you choose for your piercing. Experts recommend sticking with something hypo-allergenic, usually something made with gold and titanium to prevent infection and allergic reactions. As far pain in concerned, most liken the pain level of a septum piercing to that of a nostril piercing. Most people say they feel a shooting pain in which your eyes water and then it’s over. However, you might have lingering pain and sensitivity in your nose after and some people report having a mild to severe headache for an hour or two afterwards. However, those with a deviated septum reported a higher instance of pain. 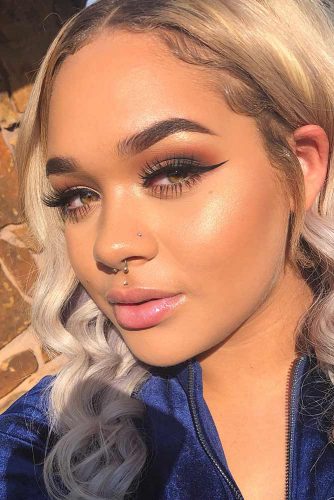 PIN IT
Source: mikalawalker via Instagram Congrats! You survived the piercing process! Now we can help you care for your new septum piercing to prevent infection and help it heals. Septum piercings normally six to eight weeks to heal completely, but this varies by individual. Some have said that it has taken as much as three months for their piercing to heal.

How To Care For Your Septum Piercing

PIN IT
Source: nyane via Instagram 1. Daily cleaning You may clean your piercing up to 2x daily. It is recommended to use an antibacterial soap as opposed to Epsom salt or hydrogen peroxide. 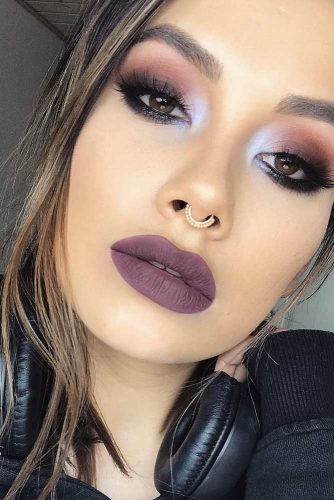 PIN IT
Source: nataschap via Instagram 2. Avoid touching your piercing as much as possible This can cause infection, especially if you are touching your piercing with dirty hands. As well, playing with it will only slow down the healing process. 3. Do not remove the jewelry until the piercing has completely healed Even though you may be tempted to change your jewelry, do not do so until the piercing has health complete, as this can cause infection and ruin all of your progress

How To Change Your Jewelry In Your Septum Piercing

PIN IT
Source: nyane via Instagram You will be able to tell that your septum piercing has fully healed once it is no longer sore and tender. Again, the average time is up to 2 months, but it depends on your body’s reaction to the piercing. Even though you may get bored with your jewelry after a week or two, you should not change it until your piercing has healed completely. Following are some steps on how to change your piercing in your septum. 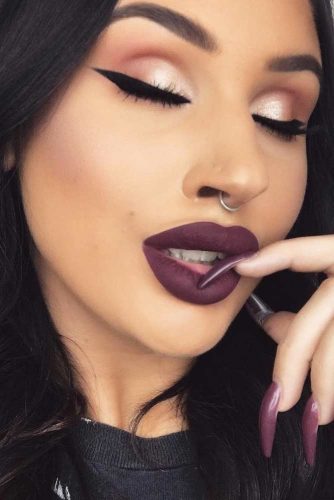 PIN IT
Source: emmacervin via Instagram 1. Always wash and clean your hands before changing any piercing. 2. If your piercing is being held in place with balls, unscrew one and slide it out. 3. Disinfect the area with antibacterial soap. As well, clean the new piece of jewelry and dry with a clean tissue. 4. Line up the bar, etc with the hole and then push it though cleanly.

If you are uncertain as to how to change your septum piercing, it is perfectly acceptable to back to the place where you had it priced and have them show you how to do so. With any piercing, your septum piercing will close up if you leave out your jewelry for a certain amount of time. The longer you have the piercing, the longer it will take to heal.

72 Trendy, Short Haircuts For Women Over 50