There are a lot of exciting destinations to choose from the United States however one may not be totally excited about visiting all of the states and there are some really dangerous cities across it. So before you make a travel plan, make sure you know the most dangerous cities in the US so that you avoid them for your own safety and security. Many cities are filled with crime, poverty and other types of traffic dangers and they have earned a bad reputation over the time. So you should always travel with caution and make sure you have the correct information.

This city is the number one most dangerous city in America. And if you are going as a tourist to the states, then make sure you steer clear of this city. It was formally known as the Motor City because of the high crime rates this place has and it has huge abandoned buildings. This place was initially the center point for American automobile industry but it met with influx of crime, poverty and the residents left the city during the period of 2008 to 2010. However now the city is going under developments and getting a new life.

PIN IT
More from Travel

10 Best Places In the World to Visit

8 Best Cities to Visit in Europe That Are Under-Rated 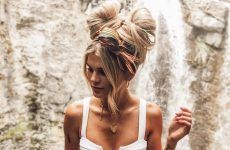 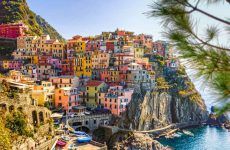 10 Best Islands in the World to Visit

This city has the highest homicide rates amongst all the American cities. St. Louis is also become a place for violent crimes and it occurs at the rate of 1 in 53 and property crimes at the rate of 1 in 10. Most of the crimes are blooming in the city because of the residents leaving the city. As many as 318069 residents have left the city for other bigger and better cities. However now the St. Louis city is gathering commercial interest and may get renovated to a new city.

The city of Cleveland is named as one of the most miserable cities in the US and this makes it one of the most dangerous city in America. It is also known by the name of Mistake by the Lake. The city is plagued by high crime rates, unexpected and brutally harsh winters and it suffered mass exodus of residents with more than 71000 people migrations. Although this place is one of the poorest cities in the US, it still is culturally diverse and offers some great cultural attractions.

This city is the victim of huge unemployment and violent crime issues. It just has a mere population of 227509 despite of all the lights, luck and glamour which promised to attract tourists but failed. The housing prices of the city have dropped, public services had a drastic cut and there was large amount of layoff which makes it one of the most dangerous cities in the US. So it’s better to steer clear of this city.

Chicago city is America’s largest and most populated cities in the US and it is usually celebrated for its music and nightlife and it has 29 miles of lakefront and 15 miles of public beach but still this city suffers from huge crime rates, high rate of unemployment and it also has suffered with many private home foreclosures. This city also lost the 2016 Summer Olympic bid because of the highest sales tax of 10.25 percent across the entire nation.

People are usually scared of going to the city of Camden because it has a great crime rate with people having 1 in 36 chance of being suffered from a violent crime and 1 in 11 persons suffer from property related crime. It is also driven by gang violence and poverty. Another reason for the tourist to stay away from the city is because of the fact that the crime rate in Camden is 8 times the national average and it was dubbed as poorest city in the nation by US Census Bureau in 2011.

This city is ranked at number second when it comes to rating the violent crimes, widespread poverty, gang activity and the corruption done by city officials. It also has high rate of murders which is a big alarm for tourists. So if you are visiting states, try to avoid this place and explore the other cities across the states. Despite of all the negatives, this place still has 5-mile stretch of parks and outdoor recreation.

One of the biggest problems of the city is its rapid unemployment which is spreading at the rate of 18.5% and because of this the city is suffering from foreclosures. The exact figure is that 1 in 14 houses of the city is in foreclosure. This has led to huge out flux of residents from this city to other cities.

Although the city of New Haven is home to Yale University which is one of the most prestigious universities of the world, but still the city suffers from high crime rates. 16 in 1000 incidents happen in the city are related to crime and the city also has witnessed 22 murders which is double the amount of last year and has ever increasing unemployment. Most of the parts of the city are crime ridden, so you should definitely avoid this city at all cost.

This city has suffered huge downhill because of the tough economic times and high crime rate. It also has traffic congestion, air pollution and higher crime rates which make it one of the most dangerous cities in the US. According to recent survey, the crime rate in Oakland is 469 percent higher than national average and it tops the list of gun related crimes.

For those who are fond of traveling to safer places, check out our what to do in San Francisco list.

72 Trendy, Short Haircuts For Women Over 50